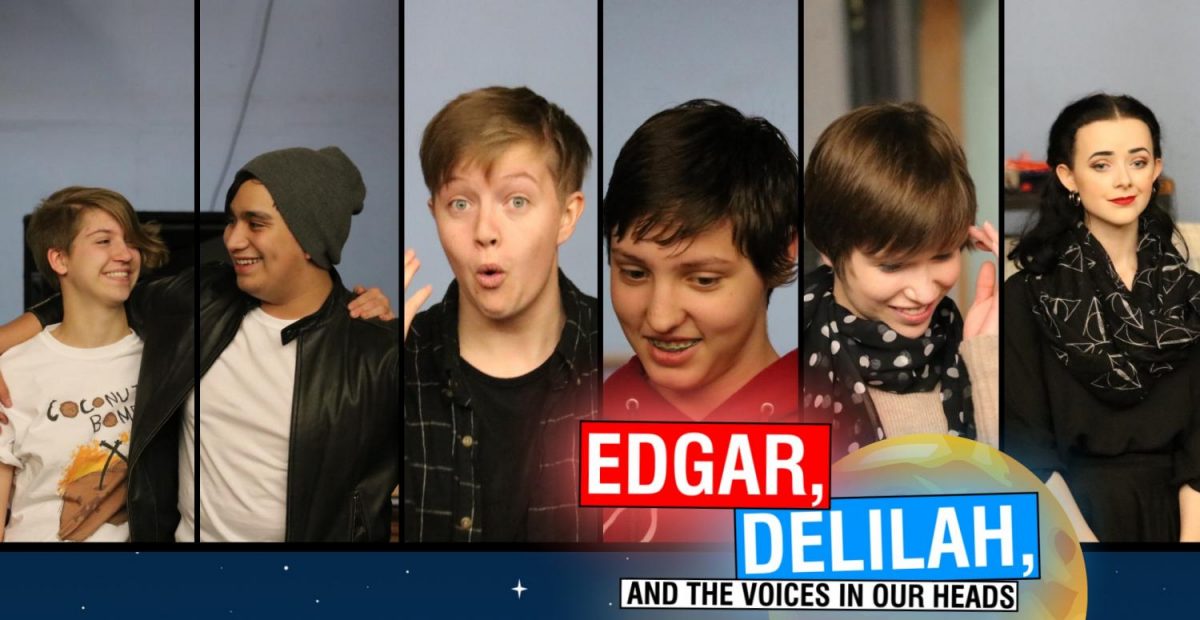 Promotional Material for "Edgar, Delilah, & The Voices In Our Head

“Edgar, Delilah, and the Voices in Our Heads” is a student-written, student-directed play by Declan Garrison. The play was shown February 2nd at the Montana Thespian Festival and again on February 9th at Helena Middle School. The last show on the 10th was cancelled due to slick roads and an “emergency travel only” warning and a sick cast. The final showings are rescheduled for February 16th and 17th at 7:00pm in the Little Theater. Admission is $5, and doors open at 6:30.

The play, featuring six characters, is a Romantic-Comedy about a “very lovesick character who falls in love with a realist,” explained Jada Lecce, a senior at Helena High who plays Delilah.

When asked how he felt about the success of his play, Garrison jokingly said it was “nice to be swooned on by all the ladies” and that he picked up plenty of phone numbers.

On a more serious note, Garrison admitted he was shocked to win “Outstanding Student Writing,” and that it has not yet worn off.

“I wrote this show because I had a crush on a girl and I never thought that I’d date her. It was a coping process,” he said.

Garrison is also extremely proud of his cast and the way the show turned out.

So, take advantage of the extra opportunities to go witness the success yourself right here at Helena High!