Answer the Calla and read The Dark Tower 5: Wolves of The Calla 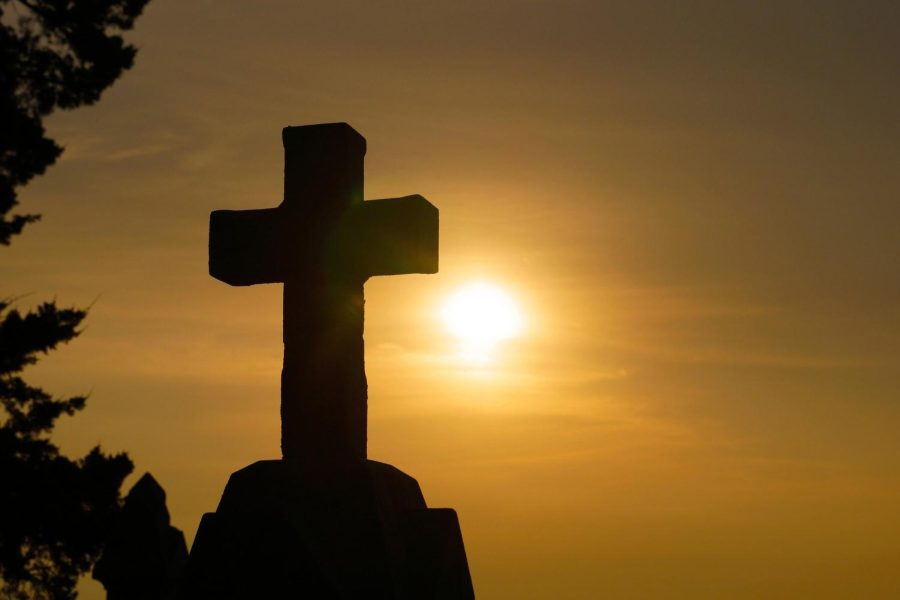 At the end of The Dark Tower: Winds Through the Keyhole, the Ka-Tet (a fellowship) had just barely survived a stark blast by hiding in an old town. As they begin the tiring travel along the path of the beam to the illusive Dark Tower, the number 19 begins to appear continuously on the path: it is seen twisted in branches, shaped clouds, and even in names, leading them to name their group the Ka-Tet of ninety and nine. To make matters worse, they are being followed.

If you know anything about Stephen King, chances are that you have heard of the gripping horror novel, Salem’s Lot. In the tale about a religious community and blood-sucking vampires, there is a well-known character named Donald Callahan. After fleeing Salem’s Lot, the washed-up Callahan finds himself homeless in New York City. While in the Big Apple, his life takes a new turn with the ex-priest working in a soup kitchen, fighting invisible vampires, questioning his sexuality, and dealing with servants of the Dark Tower’s new main antagonist, The Crimson King. After a series of unfortunate events, Callahan finds himself in Mid-World, in the town of Calla-Bryn Sturgis.

If you guessed that Callahan was the one stalking Roland and his crew, then you be right. Callahan and a couple of the residents of Calla-Bryn Sturgis have a problem with a band of raiders regularly coming into town and stealing half of the town’s children. Being gunslingers, the Ka-Tet of Ninety and Nine are bound by their code to drop their quest for the Dark Tower and help. Though, unfortunately, our heroes are dealing with their own severe problems. Roland is facing down the challenge of arthritis, the kind that leaves him in so much pain that continuing his journey to the Dark Tower will require unbearable suffering. It has already seeped into his legs and feet and is working its way into the old gunslinger’s only good hand. In the end he will not be able to ride a horse, walk, or even shoot his gun.

His next problem has to do with Susannah Dean. To pull Jake from his world in The Dark Tower: The Wastelands (book 3), the group had to make a difficult deal with a demon. That deal was for Susannah to become a host for a demon spawn until it was ready to be born into the world. Three books later, and that demon spawn is almost ready. Now, alongside worrying about the imminent threat of the wolves taking the towns children and leaving everyone else dead, the Ka-Tet must face the possibility of losing one of its members.

This book, like the others before it, is amazing. It is filled with many exciting plot twists that will take your breath away, tragedy that is sure to make you cry, and a profound weirdness that. One of the most enjoyable aspects in the book is how King explores the differences between Eddie, Susannah, and Jake’s culture in our world and Roland’s culture in the Mid-World. A personal favorite example of this is how Roland doesn’t understand the concept of the word “genre” and is led to link it to being the flavor of a book.

Adding to the element of mystery that every Dark Tower book is loved for, this book dives into Positronics, the mysterious technology company that has popped up throughout the series. The organization may be dealing with or even owned by The Crimson King. All the equipment and technology from the old world was created by this possibly long-dead technology company. This company has created a cyborg bear named Shardik, and even Blaine the Monorail from The Dark Tower: The Wastelands.

This book includes significant character and relationship development. Eddie, who once held Roland’s own knife to the gunslinger’s unconscious body in a desperate attempt to fuel his drug addiction, now sees the gunslinger as his brother and leader. We also see less than heartwarming events such as Jake’s character progression. Starting off as a harmless eleven-year-old boy, Jake turns into a battle-hardened gunslinger. The boy’s new seriousness has Roland worried that he has pushed too much on Jake, so the gunslinger resorts to tricking the boy into playing with the children from Calla-Bryn Sturgis by telling him that he is going on a secret recon mission. And it works, for the most part. The boy becomes friends with another boy named Benny Slightman who is described as older than Jake in looks, and younger than Jake in mind. While Jake does find his inner child again and enjoys the activities he is doing, he still holds close to what he believes is a mission to investigate the townsfolk more closely. While doing this, Jake comes across information that changes how we look at this book, and maybe even the rest of the series.

The Dark Tower: The Wolves of the Calla is now my second favorite Dark Tower book (number one being The Dark Tower: The Wastelands). Its plot twists will make you both excited and afraid to turn the next page and its connections to modern (modern for 2003) society will leave you with more questions than answers, and I love it!

I am incredibly excited to read the next book in the series, The Dark Tower: Song of Susannah. As there are only seven (and a half if you count Winds Through the Keyhole) books in the series, like Roland of Gilead and his comrades nearing the end of their journey, my own journey is approaching its end. Hopefully the next two books are the best in the series.

And, for the sixth time, the tower is closer.