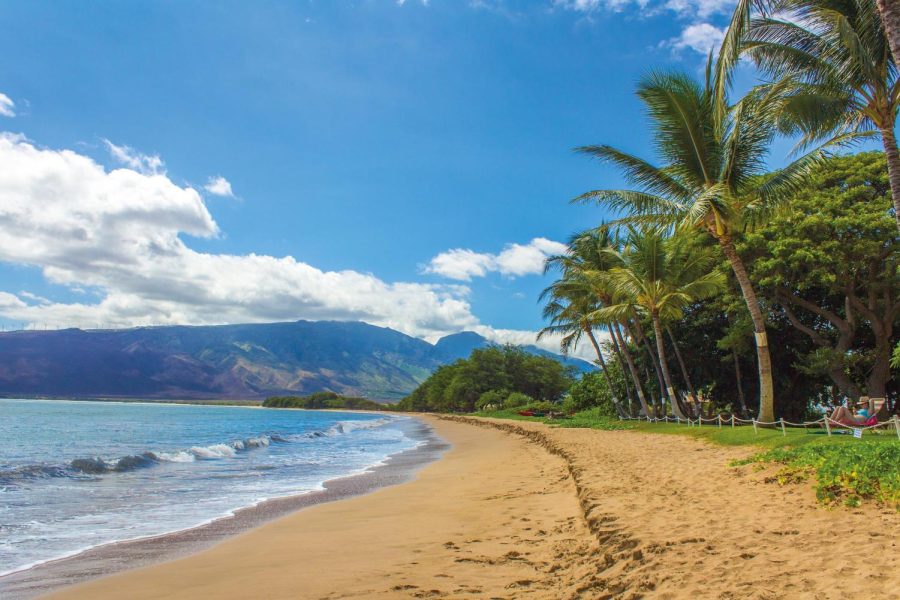 50 First Dates is a 2004 American romance comedy film directed by Peter Segal and starring Adam Sandler and Drew Barrymore. The movie was filmed all over Oahu, Hawaii, with filming locations on the North Shore’s Dole Plantation, Sea Life Park, and the Makapuu Point Lighthouse.

Firstly, most of us have seen or heard of Adam Sandler’s acting, as well as Drew Barrymore’s. Sandler has a very laid back, comedic, and original acting style that ties this movie together to bring the really relaxed vibe of the movie. You don’t usually expect Sandler to be the romantic person that he is portrayed as in this film. For Barrymore, she is funny and displays the strong sturdy woman role in the movie. She is very kind and welcoming, but also knows her worth on her own and doesn’t let people that are interested in her (Sandler) come into her life very easily. Both of their acting styles mix together really well for this movie.

50 First Dates will have you laughing and crying all at the same time. The film follows Henry Roth (Adam Sandler) who is a veterinarian at Sea Life Park on Oahu. Henry has 4 main friends: Alexa, his assistant, Ula, an islander, Willy, his pet African penguin, and Jocko, a walrus. Henry has a hard time with commitment, which the film clearly displays. He goes out with tourists so that they have a set time to leave, and he doesn’t have to worry about a real “relationship” developing. He often makes up different backstories for himself for each of the woman he meets, so he seems as intriguing as possible.

As the film went on, Henry was sailing his boat, and it broke down. He then had to go to Hukilau Café, to wait for the Coast Guard. This is where the romance kicks off. While sitting down for breakfast in this Café, Henry meets Lucy Whitmore (Drew Barrymore). Now, knowing that Henry is afraid of commitment, he assumes that she is a local, and that prevents him from introducing himself. Henry comes back to the café the next day and decides to sit down with Lucy and make architecture out of her waffles. She then invites him to come back again and have breakfast with her the next day.

However, to the viewers’ surprise, Lucy has no recollection of ever meeting Henry. This is one of my favorite parts in the film because this was the last thing I saw coming. Sue, the restaurant owner explains to Henry that Lucy and her father Marlin went up to the North Shore to pick a pineapple for his birthday the previous year, and on the way back, they got into a tragic car accident that left Lucy with anterograde amnesia. To save her the heartbreak of reliving the accident, Marlin, her father and Lucy’s brother Doug, re-enact Marlin’s birthday and that entire day all together, every day. Now, this is crazy. Lucy cannot remember anything past that day. She lives the same day over and over, without any idea of it.

Ignoring Sue’s warning, Henry begins constructing different ways to run into Lucy through the following days, during which he manages to impress her over a series of “first” dates and “random” encounters. Later, Marlin and Doug give their permission for Henry to continue seeing Lucy, because she has begun regularly singing the Beach Boys “Wouldn’t It Be Nice” in her painting studio. This was the first major change in her routine since the accident.

One of the most touching scenes of the film is when Lucy watches a video montage Henry has created to remind her of her accident and what has happened in her life since then. This makes it possible for Lucy to officially date Henry without freaking out. This strategy works and allows their relationship to grow.

However, over the past 10 years Henry has been planning a trip to study walruses in Bristol Bay. He decides to cancel this trip to help manage Lucy’s condition. Lucy, wanting to put Henry before her own needs, decides to break up with him. This is one of my least favorite parts of the movie. Although I can understand Lucy’s feelings, she did not need to end the relationship. Henry could still go on his trip while managing their relationship in some way. Henry helps Lucy destroy her journal entries of him, and anything else that would remind her of him.

I’m not going to spoil the rest of the movie, but let’s just say it reveals how much a loving relationship can impact someone’s life internally. This is one of my top 5 favorite movies, and probably will be forever. It is filled with hardships, love, relationships, and comedy.