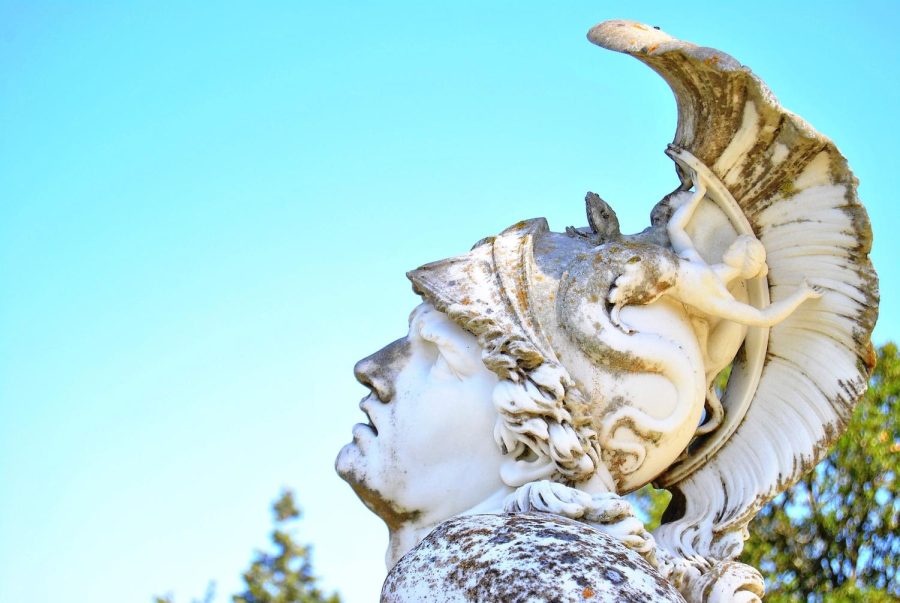 Of all the romantic stories from ancient Greek mythology, you may wonder why author Madeline Miller decided to focus in on the sweaty, violent men of the Trojan War- but long story short, she did it perfectly.

The Song of Achilles is a 2011 novel by American author Madeline Miller. The piece is a retelling of Homer’s Iliad, but Miller tells the story from the perspective of Patroclus, a companion to Greek hero Achilles, and speculates that these men were much more than close friends. In fact, the idea that Patroclus and Achilles were lovers is quite old. Many Greek and Roman authors have read their relationship as being a romantic one- as it was a commonly held and accepted belief in the ancient world. The novel depicts their initial meeting through their experiences during the Trojan War.

I first read The Song of Achilles last spring and since then, it has quite literally changed my life. I read the acclaimed piece of fiction again last November whilst annotating it to give as a Christmas gift. It will forever be one of my favorite books of all time.

The story begins in the Kingdom of Phthia in Greece during the age of Gods and Heroes. The awkward young prince Patroclus feels like a nobody under the shadow of his father and he is banished from his home after a freak accident to avoid bringing shame to his noble family. Patroclus is sent to live in the court of Peleus where he soon grows feelings for the King’s son Achilles. Child of King Peleus and Thetis, a sea nymph, Achilles has a demi-god status where his swiftness, skill, and untouchable beauty are all reflections of his divinity. The boys create an unbreakable bond, and the novel eloquently captures their relationship from their pre-teenage naïve boyish years to their adulthoods.

The Song of Achilles portrays complex foreign mythology in an accessible and easy-to-read way. Miller spent 10 years writing and researching for her debut novel and her poetic and elegant words make writing at this level seem easy. Her ease with a pen and second nature with storytelling make the classic Greek stories from ancient times feel like children’s stories. During the beginning of the story, Thetis attempts to hide Achilles on a foreign island from the growing Greek army after hearing of her son’s prophecy. Patroclus, jealous of the island maidens’ fascination with Achilles thinks, “I could recognize him by touch alone, by smell; I would know him blind, by the way his breaths came, and his feet struck the earth. I would know him in death, at the end of the world.”

Madeline Miller also wrote a Greek mythology novel centering around the sorceress Circe, the daughter of the sun god Helios whom Odysseus visits in his journey back from the Trojan War detailed in Homer’s, The Odessey

Although this novel seems flawless, just like anything, it has its faults. Miller portrays Achilles as practically perfect and loved by all. This doesn’t take into account any of the atrocities he did in the war as seen in other literary works. Sometimes you have to create an unlikable character to give the story more depth and character development. Along with that, the novel has a difficult time presenting ancient Greek practices and values while avoiding modern commentary. In The Iliad, Achilles rapes the princess Deidamia after falling deeply in love with her. But in The Song of Achilles, Achilles is forced to sleep with Deidamia by his mother in order to have a son, something he does not want to do. To properly tell mythology, an author must understand the responsibility they have in not changing things to fit modern-day ideals – even if it’s wrong to begin with.

This book has a 5-star rating from me, and I recommend it to any mythology lovers- even if you know nothing about ancient Greek times. Fans of romantic star-crossed lover tropes will also enjoy this novel.

The Song of Achilles has showed me more about myself than any other piece of literature and has best portrayed how Love knows no bounds when it comes to gender, appearance, age, or even prophesies given by the Gods.