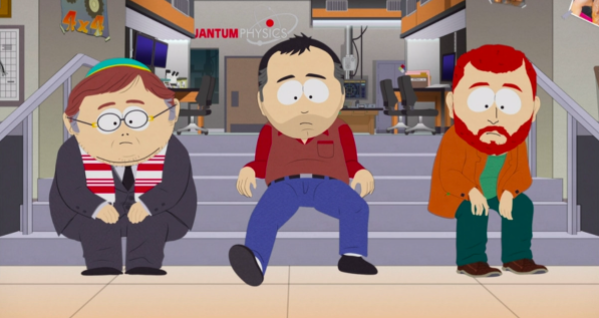 South Park first aired in 1997, becoming an overnight success for creators Matt Stone and Trey Parker. Since then, it has rocketed to being a staple of adult animation, running for an astounding 23 seasons and even spawning a feature film. It seemed that nothing could end the chokehold South Park had on the world. With lovable characters, timeless comedy, and genius commentary on the modern world, critics and audiences alike raved about every episode. However, in seasons 20 and 21, the episode quality began to decline. The show focused too heavily on the president at the time, Donald Trump, boring audiences quickly. The show lacked its original charm, mostly because it shifted its focus away from the four main boys. This all changed with the 2020 feature film Pandemic Special, which has been praised to no end. After not seeing a new season of South Park for a year, this was a breath of fresh air, finally shifting back to Stan, Kyle, Kenny, and Cartman. South Park was quiet again until November 2021, when trailers began airing for a new feature film: South Park: Post Covid.

Post Covid takes place 40 years in the future and explores the adulthoods of children who grew up during the pandemic. These children, of course, are the inhabitants of South Park, but they are nothing like we remember. Stan Marsh has become a carbon copy of BoJack Horseman, Kyle Broflovski lives all alone in South Park, Eric Cartman has become a rabbi, and Kenny Mccormick has died. This is one of the few times in the franchise that Kenny’s death has had a significant effect on the plot. In every episode of seasons one through five he was killed only to be brought back the next episode as though nothing happened. This time he has died under extremely suspicious circumstances, as he was a doctor trying to figure out who started the Covid-19 pandemic. Kenny’s friends believe he was murdered by whoever was to blame, and they begin their own investigation into Dr. McCormick’s death.

Over the years, South Park has gained the reputation of being one of the best comedies. This is in no small part due to Eric Cartman. The conflict of most episodes are often launched because of Cartman’s borderline evil actions. From covincing a naïve boy named Butters that the world has ended just so he could go to his favorite resturaunt, to commiting murder to get back at a kid for swindling him out of 16 dollars, his actions create ample amounts of dark comedy. In Post Covid, Cartman is now a rabbi, which is nothing short of shocking due to his antisemitic history. Cartman is notorious for attacking Kyle and his family for their faith, making countless antisemitic jokes at their expense. In Post-Covid, he has married a Jewish woman and is raising his children to follow the Jewish faith. Cartman’s growth as a person makes him much less funny. He has small moments here and there, but he is a loving husband and doting father, who is clearly trying to mend his relationship with Kyle. While this is obviously good for the people of South Park, it feels as though something is missing without his snarky comments.

It would not be out of character, however, for Cartman to have crafted this life simply to spite Kyle. He has done this before, most notably in the season seven episode “Fat Butt and Pancake Head” where Cartman draws Jennifer Lopez on his hand, then pretends she can control her actions. He keeps this act up until the very end until Kyle admits it is possible that Cartman may not have been in control. Cartman is willing to do whatever it takes to make Kyle admit he is wrong, so it would be a clever twist to have him in fact be trying to get a rise out of Kyle by pretending to be loyal to Judaism. We will have to wait for part two to find out though, which has an unspecified December release date.

Without the classic Cartman everyone loves, the special still manages to have some clever jokes, like when it is revealed that Clyde is unvaccinated because he is allergic to shellfish and fears the vaccine could have been cross contaminated with it. He then says he is not vaccinated out of a general sense of ‘shellfishness.’ Another repeating gag in the special is Stan’s Amazon Alexa acting as a nagging wife and house appliance. This leads to moments where the two will argue, then Alexa will inform Stan about Best Buy deals. One joke that does not work, however, is the contstant repetition that it is the future. Songs playing on the radio contain lyrics saying it is the future, doorbells will sing that it is the future, and characters will explain their actions by saying, “because it’s the future.” This was meant to be an attempt at a running gag, but it really is not funny at all and feels overdone after ten minutes of watching. Even the characters are fed up with this pitiful attempt at comedy, with them groaning that they are aware that it is indeed the future. It does not even make much sense in the universe of South Park since it is only the future for the audience and not for the characters.

Though South Park: Post Covid is nowhere near perfect, it deserves a chance. People online (especially on TikTok) have judged the special before watching it solely because the characters look like normal middle-aged men instead of anime boys. Post Covid has an interesting story to tell and has some emotional moments, as we watch estranged best friends go about life. The special deserves a viewing from anyone who has been craving new South Park content and wants to see the fate of our favorite mountain town.