Halloween, All Hallows Eve, or All Saint’s Eve 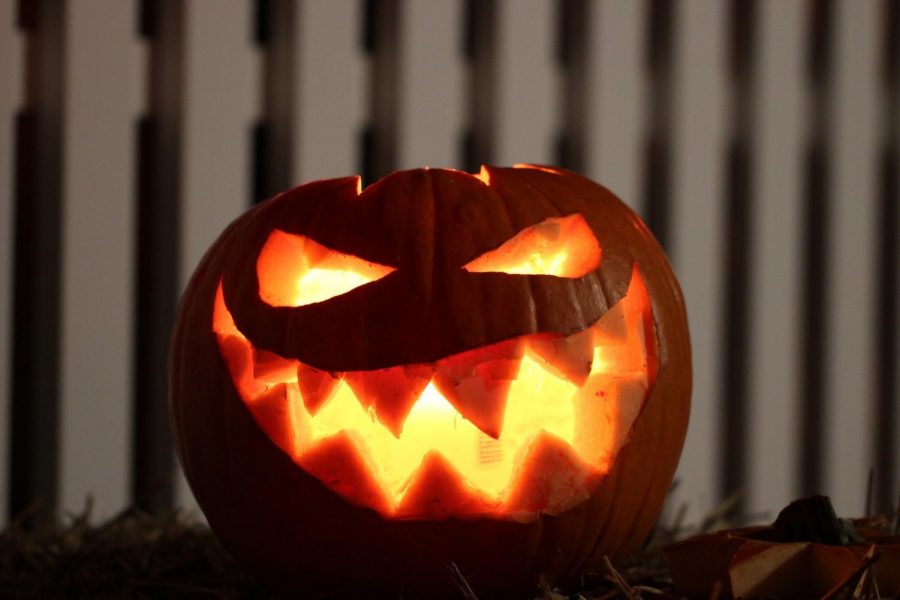 from Pixabay by Michael Bubmann

Whatever you may call it, it is a festivity full of frights, fun costumes, and parties. Every Bengal celebrates in their own way. So, how does your family celebrate the holiday? What are you going as? Will you be trick-or-treating this year? And, finally, do Helena High students agree with the Change.org petition to move Halloween to the last Saturday of October? The Nugget sent out a poll to find out!

It turns out, Helena High students have some fun traditions. For some, it’s watching a favorite movie, like Layla Riggs (9), whose family watches Hocus Pocus, and Isabella Kosena (11), whose family opts for It’s the Great Pumpkin Charlie Brown. Sam Varvel (12) takes watching Halloween entertainment a step farther. “I will make it my mission to watch literally every single Halloween movie on Netflix, Hulu, Amazon, etc. I’ve gone through Netflix so far,” Varvel said. For others, their Halloween traditions include certain foods and drinks, like for Krislyn Yuhas (10). “My grandma makes apple cider and cookies on the night of Halloween, and we watch as many old corny Halloween shows as we can,” Yuhas said. “My family bakes barmbrack, a bread with small objects in it to symbolize fortunes for the coming times,” Alma Cline (10) said. Sofia Salazar (11) said her family tradition includes “baking pumpkin seeds and eating a ton of pumpkin pie.” Marie Templin (11) said that on Halloween she likes to make treats with her sister before watching scary movies together. Some students, like Brenna Holgate (12) and Robert Simpson (11) have pumpkin carving parties. “We have a pumpkin carving party, watch movies, and drink homemade apple cider,” Holgate said. Logan Johnson’s family decorates their house “as spooky as we can.” And for a relatively unique tradition, Elsa Grebenc (12) said her father has dresses in drag each Halloween.

What costumes can you expect to see out on the street this year? Laurel Maronick (12) plans to dress up as the Quaker Oats Man, so put aside your sweet tooth and enjoy a nice bowl of oatmeal handed out by Maronick this Halloween. You can also feel safe from all the ghoulies because Serenity Banks (11) said that she and her friend group are going as the Scooby-Doo gang this Halloween. In fact, Scooby Doo characters are a popular choice this year. Will Eaton (10) and Olivia Harris (12) both said they plan to dress up as Fred from Scooby Doo. Some students will look like music idols. Keyana Blalock (11) plans on recreating Britney Spears’ “Baby One More Time” look, and Lily Burdick (10) wants to go as “a version of Taylor Swift.” Cassidy Carpenter’s (12) costume is also inspired by animated tv characters. “My girlfriend and I are going as Ferb and Vanessa from Phineas and Ferb,” Carpenter said. Leif Hogg (12) says he’s going as “Fletcher from Whiplash. Bald cap and the whole nine yard. If I’m feeling extra impulsive, I’ll just shave my head.” From Broadway, you can expect to see Loreley Drees (11) dressed up as “Eliza Hamilton from the musical “Hamilton.” Finally, Samantha Bacon (10) is keeping the fear in Halloween and plans to go as a creepy clown doll.

When it comes to trick-or-treating, it’s hard to know just how many Helena High students will be hitting the streets. The majority of respondents, at 48%, said they haven’t decided if they will go trick-or treating this year. Of the remaining students, only 19% of students said they plan to go trick-or-treating with 33% saying they do not.

A few years ago, the idea of moving Halloween to the last Saturday of the month gained some traction. Change.org has a petition supporting this idea with over 150,000 signatures so far. Of our poll respondents, 60% support moving Halloween from the 31st to the last Saturday of the month. “If you moved it to a Saturday, it would give you more time to focus on preparations as well as not worrying about schoolwork,” Colin Hurlburt (11) said.  On the other side of the debate, Emma Henry (12) argues, “Why change now? At this point it’s a traditional thing for most and there is no reason to change those traditions.”

Whatever your plans, the Nugget wishes everyone a wonderful and safe Halloween!