King of a Success: The Dark Tower 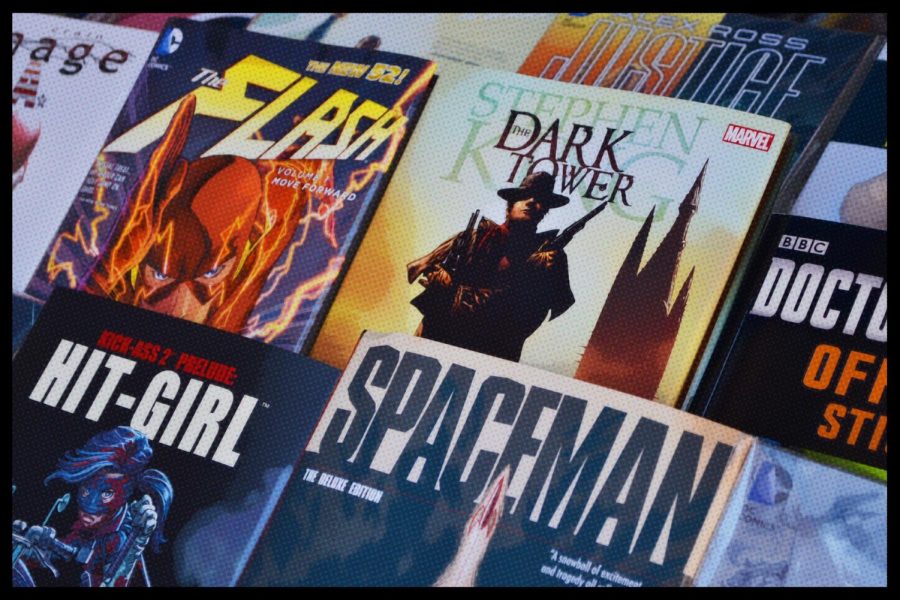 The Dark Tower by Stephen King, an American author known for his spine-chilling stories works such as IT, Misery, CUJO, is not like his other books. The book follows a gunslinger named Roland on his quest to The Dark Tower, a dark mysterious place that houses a god from whom he wishes to ask a question.

The world of The Dark Tower is a massive one, spanning from not only various terrains such as deserts and forests, but also other dimensions and universes. Throughout the book, Roland meets new acquaintances, like a boy named Jake who comes from another mysterious yet familiar world, and travels to new places, from an unnamed desert to cave systems.

The first step Roland must take is to stop The Man in Black from destroying The Dark Tower. Overall, the plot is interesting but sometimes difficult to follow. King includes a variety of flashbacks throughout the book. One, lasting three chapters, reveals what leads to Roland’s current situation. This flashback starts as a story to a man and his raven in a hut. The issue with this is that it is not apparent when the flashback begins.

The book has several exhilarating gunfights and creative monsters, with a good example of both being a fight set on a handcar track in a mineshaft with zombies coming out of the dark in all directions. These sequences are action-packed, but can drag on for too long.

Lastly, the book’s finale is great. The Man in Black tells Roland that their world is one of many. He gives Roland three tarot cards, The Sailor, The Prisoner, and The Lady of Shadows, that represent his future. The Man in Black reveals his identity (which I will not spoil for those who wish to read the book) and leaves Roland to ponder the meaning of the cards. It is a very anticlimactic ending but the reveal about other dimensions is still worth it.

The story is amazing but sometimes hard to follow.  and one This book is a worthwhile read worth checking out. Readers interested in Sci-Fi, Fantasy, and Westerns, should give this book a try, as it contains all three genres.