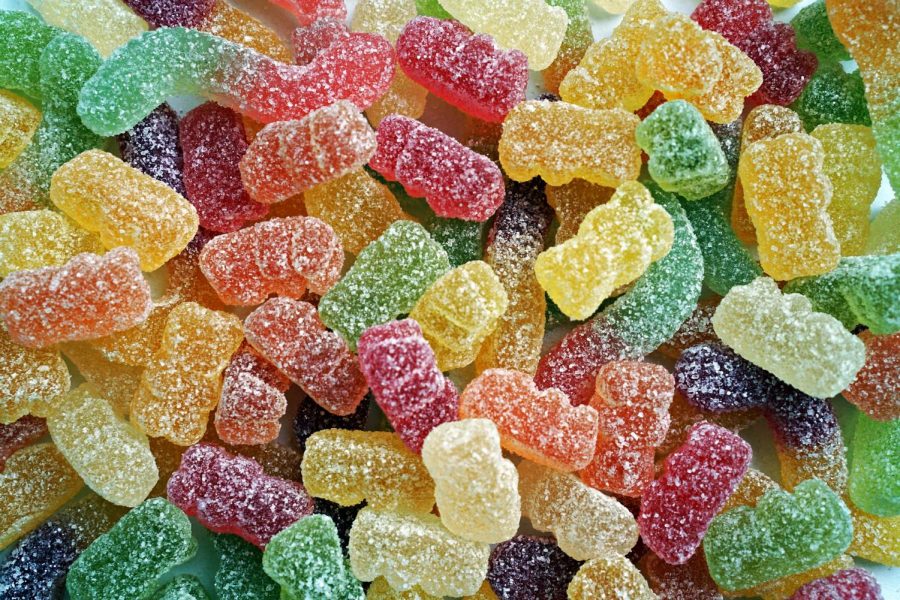 Every song on the 11-track album is written by Rodrigo with the help of producer and friend Dan Nigro. Nigro also worked with Conan Gray on his debut album, and his influence is evident throughout the tracks. Rodrigo’s song “1 step forward, 2 steps back” also features writing credits for Taylor Swift and Jack Antonoff as she samples Swift’s song “New Year’s Day.” While Rodrigo uses Swift’s melody, she re-recorded the physical playing of the piano as Swift has not yet re-recorded her album reputation.

Rodrigo is often described as a young Taylor Swift meets Lorde as she has the song-writing abilities of Swift and the gritty pop sound of Lorde. Rodrigo creates this perfect blend of her own style with the influences of other artists throughout the entire album.

Despite only having released one album, Rodrigo has already performed on SNL and at the BRITs, where she met her idol and now friend Taylor Swift. SOUR had the biggest opening-day streams of any album this year with over 64 million streams. It ranks 4th on top debuts of an album by a female artist on Spotify, behind the likes of Taylor Swift and Ariana Grande. Rodrigo also became the first artist to have two singles from a debut album hit #1 on the Billboard Hot 100 chart, with “good 4 u” being her second #1 following the success of “drivers license” which spent 8 weeks at #1, respectively. She also became the first female artist to debut two singles at #1 on the Billboard Global 200 chart.

SOUR tells the story of Rodrigo’s first big heartbreak, rumored to be about her High School Musical: The Musical: The Series co-star, Joshua Bassett. Listening to SOUR feels like you are following Rodrigo through the 5 stages of grief post-breakup. This album transports listeners of any age to the angsty feelings of adolescence. Rodrigo flips back and forth between making you feel heartbroken to blood-boiling mad at a person you’ve never met.

Rodrigo starts the album off with “brutal,” an upbeat pop-punk teen anthem. Lyrics like “I’m not cool and I’m not smart and I can’t even parallel park,” reveal she’s not afraid to be brutally honest with her listeners within the first minutes of the album. Rodrigo continues the theme of feeling overly self-condescending with her song “jealousy, jealousy,” singing, “I’m so sick of myself / I’d rather be, rather be, anyone, anyone else.” Through her lyricism and ability to be self-critical, Rodrigo relates herself with her audience in a way that is refreshing for a “pop star.”

Rodrigo juxtaposes these anthem-like tracks with several powerful breakup ballads that not only show off Rodrigo’s vocal range but writing ability too. “traitor,” “enough for you,” “favorite crime,” and “1 step forward, 3 steps back” are again extremely honest and transport the listener into the breakup.  Lines like “I crossed my heart as you crossed the line” showed Rodrigo’s songwriting prowess which are beautifully accompanied by acoustic guitar and crisp piano melodies.

As a debut, SOUR is almost flawless; however, Rodrigo does sound slightly repetitive on her slower songs. This minor weakness is not something that will slow down Rodrigo’s career, as every song has done exceptionally well.

SOUR was highly anticipated by many and lived up to all expectations. Rodrigo is already breaking records and is only at the very start of her career. I would claim that Rodrigo is a likely contender for this year’s Best New Artist at the Grammys, and I cannot wait to see the rest of her career unfold. SOUR is a no-skip album, earning a 4.7/5-star rating, and although the album aims for a younger demographic, everyone can find a song on this amazing debut album to enjoy.