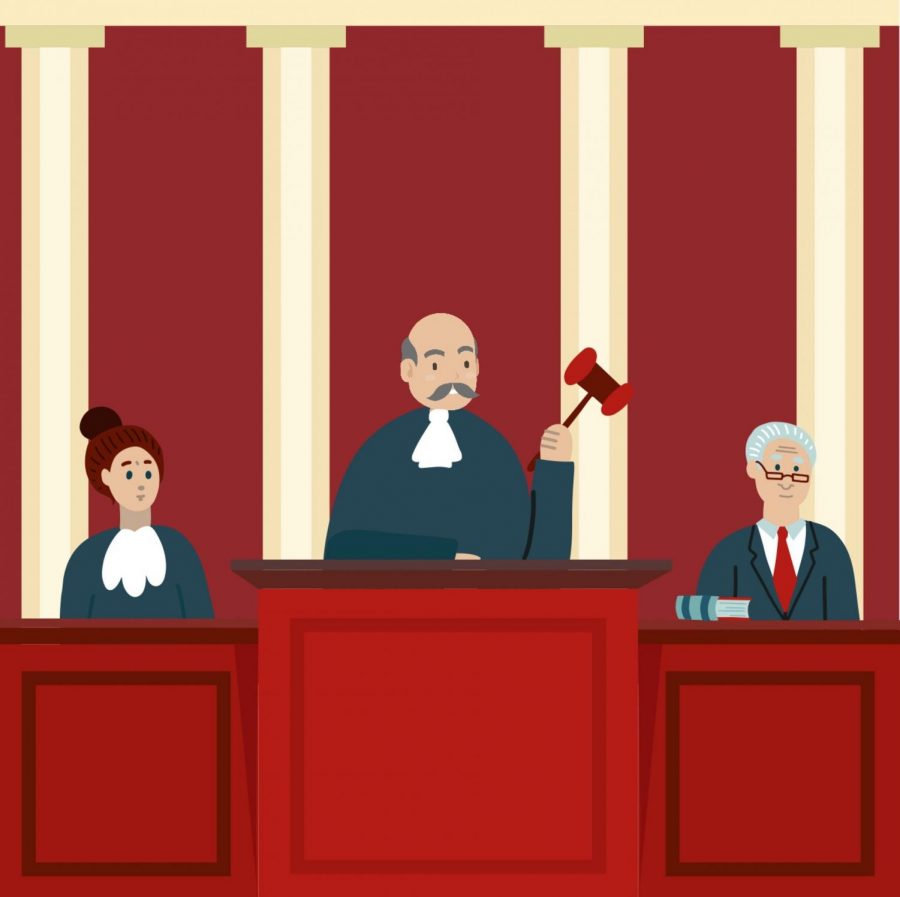 Last week Helena High sent the first Montana Mock Trial team to the National competition. The competition was held in Evansville, Indiana but teams competed virtually. Forty-six teams participated with one team being from South Korea. The competition took place on May 14th through the 17th. From the opening ceremony Wednesday evening to the closing ceremony Saturday evening, the competition spanned four days.

National Mock Trial released a new case to all participating teams on April 1st, leaving each team about six weeks to prepare an all-new case. This is a quick turnaround from the almost four months teams have to prepare for the state competition.

Traditionally, the competition begins with a pin exchange between teams. Each state has pins, stickers, or some memorabilia from their state that they exchange with other teams. This year, since the competition was not in-person, teams were sent a goodie bag filled with the pins from each state, which were opened during the opening virtual ceremony. After the pin exchange, teams were put into random breakout rooms where they played group trivia to get to know the other teams. Finally, the first-round matches were announced.

Because of time zones, teams were logging into their first match from 8 a.m. to midnight for the same round. Single rounds last about 2 hours. After a round concludes, scoring judges and the presiding judge, made up of legal professionals from around the country, debrief the teams on their strengths and weaknesses but do not disclose the scores or the winner.

National Mock Trial brought on a new intensity to the activity that Helena High had not previously been met with. “The competition was definitely more intense. We really didn’t know how well a round had gone when we finished it,” Caitlin Matthews, a Helena High team member, said.

Many of the teams participating were from charter and preparatory schools and featured many well-spoken students. Unlike this year’s state competition, every team came into their rounds over-prepared.

The National Mock Trial competition uses a system called power matching to decide who goes to the final. This means that teams who won their round go up against one another while teams that lost their round go up against one another. The ranking of the states in the competition begins with counting wins versus loses, then falls to ballots, points, and finally point differential. In each round there are three scoring judges, which means each team has the potential to win 3 out 3 ballots for the win. However, a team may also win the round with a 2 to 1 margin. Final scores are not released until the day after the competition ends.

Helena High placed 43 overall out 46 teams. “For a first-time team, it was a win to not place last,” said coach Mr. Askin.

Although Montana did not place in top 25% as the team had dreamed, Helena High hopes to win the state competition next year for another chance to compete at Nationals.