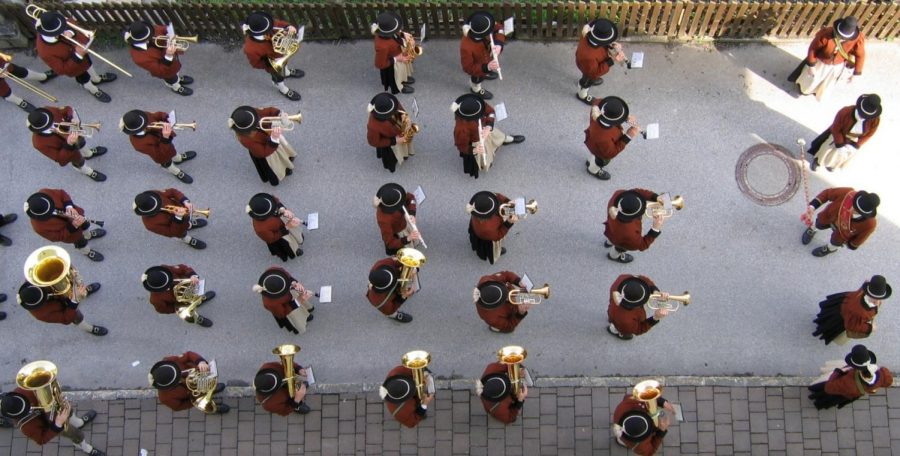 An ongoing festivity since 1924, the Vigilante Day Parade is one of the most cherished practices our town has. This event, put on by the high school students of PAL, Helena, and Capitol High, is a means of uniting the two schools and the community. So, it’s understandable that last year’s cancellation of the annual parade hit Helena particularly hard. The saying “you don’t know what you have until it’s gone” was painfully realized by the absence of our town’s beloved tradition.

A year later, the community mourns this loss no longer. The 2021 Vigilante Day Parade is set to make its triumphant and anticipated return on Friday May 7th. Like most events as of late, things will look different, but the high schools are hard at work to make it one to remember.

Instead of a pageant of floats roaming the streets of Downtown Helena, the floats and performers will all be stationary. This concept, dubbed a “reverse parade,” will see each parade participant rooted to a single spot with the community free to drive around and enjoy it from their cars. Beginning at noon at the Fairgrounds, spectators will be allowed to enter the West Gate and enjoy this year’s event. Assistant Principal Willie Schlepp confirmed there will be twelve Helena High floats at this year’s event. Also present will be the Helena High School and Capitol High School bands.

This alteration is an effort to ensure public and student safety.  “The high school procedures make it very safe and we also have lots of supervision from the staff,” Schlepp said. Since community members won’t be leaving their vehicles and interacting with parade participants, the amount of interaction and risk are greatly reduced.

The parade’s absence last year proved a sorrowful time to the community. Mr. Schlepp speculates that the lack of this community event resulted in a reduced number of people hanging out and shopping downtown, which affected local businesses on this normally popular day. Although this year’s parade won’t be the usual downtown draw it has been in the past, it is still a means of getting the Helena community out and about and enjoying our town’s distinct history. If you aren’t already participating in the 2021 Vigilante Day Parade on May 7th, stop by the fairgrounds to check it out.