Taylor Swift is for evermore 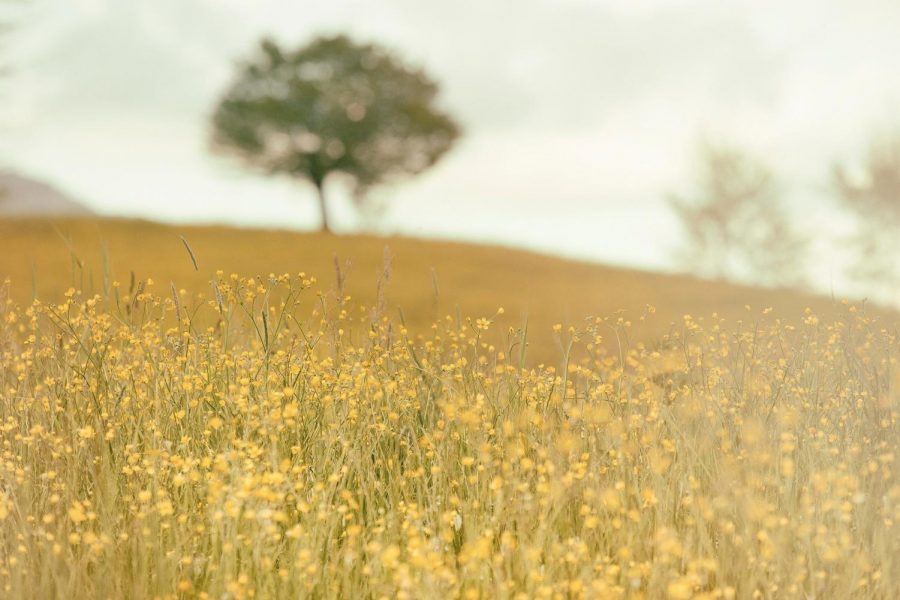 It was 7 AM on a Friday when I was awakened by my phone ringing followed by several text messages from one of my best friends. The text read, “Call me back now!” I assumed the worst, since being called that early in the morning is very unusual. When I finally texted her back, I was relieved and excited to see her reply: “Check Instagram! Taylor Swift is dropping a new album!”

“‘tis the damn season” for Taylor Swift who dropped her 9th Studio album, evermore, as a surprise on December 11, 2020. evermore was written and produced by Taylor Swift, Jack Antonoff, and The National’s Aaron Dessner. The album also features writer William Bowery (who was confirmed to be Swift’s long-term boyfriend Joe Alwyn), who co-wrote “coney island” and “evermore.” “evermore” was also written with Bon Iver’s Justin Vernon.

Many reviews of evermore try to pit it against folklore to determine which album is superior; however, these albums are “sister albums,” and as such evermore and folklore successfully complement one another. The best way to listen to the albums is to shuffle them together. Alas, even sisters face comparison, and what evermore lacks in cohesion it makes up for in strong individual songs.

The creation of evermore was seemingly accidental according to Swift and Dessner. Swift was originally writing the songs “closure” and “dorothea” for Dessner and Vernon’s band, Big Red Machine, but eventually, they became the first tracks of evermore. Swift then filmed the folklore: Long Pond Studio Sessions, an acoustic concert film, which was released November 25, 2020, and Swift said that night they had drunk lots of wine and wrote into the night, unknowingly creating evermore.

If you’re a fan of Swift, you’ve heard of her song “All Too Well.” It is known as her staple sad song with one of the best lyrical bridges of all time. However, evermore’s “Champagne Problems” rivals her own previous masterpiece as being a sad bop with a killer bridge. The lines “One for the money, Two for the show. I never was ready, so I watched you go. Sometimes you just don’t know the answer, till someone’s on their knees and asks you. She would’ve made such a lovely bride, what a shame she’s f**ked in the head,” are possibly the best lyrics on the entire album. The bridge of “Champagne Problems” takes your breath away and leaves you wishing you had your own champagne problems.

evermore features three collaborative songs: “no body, no crime” featuring HAIM, “coney island” featuring The National, and “evermore” featuring Bon Iver. “no body, no crime” tells the story of Este, the name of one of the Haim sister’s, and her cheating husband. It sounds like the soundtrack to a true crime novel, which fits because Swift says the song is based on her love of crime podcasts. “coney island” is one of the slower songs on the album and although the vocals from The National’s lead singer Matt Berninger are powerful, they feel as if they come out of nowhere and are not the best vocals to accompany Swift. The last and title track “evermore” again features Bon Iver, and once again the song is beautiful, however, Swift and Iver’s folklore collab, “exile” is much more memorable.

Swift goes on to pay tribute to her grandmother in the song “marjorie.” In fact, Marjorie herself is featured on the track in the background vocals. “marjorie” is track number 13 which is no coincidence since 13 is famously Swift’s lucky and favorite number. The track includes the lines “what died didn’t stay dead, you’re alive in my head,” and paints a beautiful picture of who Marjorie was and the impact she had on Swift.

This review may seem long, but so many songs on evermore deserve to be recognized. Two incredible tracks “gold rush” and “’tis the damn season” show Swift in her element. In the perfect combination of poppy background beats and her signature lyricism, Swift makes any person become a hopeless romantic even if only for a couple of minutes.

On January 6th, 2021 Swift released the deluxe edition of evermore for streaming. The deluxe album includes the songs “right where you left me” and “it’s time to go.” The first time I heard “right where you left me” one line stood out to me and has been stuck in my head for the last couple of days. The melodies in this song are what makes the lyrics stand out. “I stayed there, dust collected on my pinned-up hair” is such an addictive line and the entire song will be stuck in your head for weeks.

folklore was named the best album of 2020 by many publications and was the bestselling album of 2020. However, evermore, despite coming out less than a month before the end of the year, still ranked in many publications’ top 10 lists for albums of the year too. 2020 was a long and rough year for many but Swift didn’t let that stop her from creating two of her best albums to date.