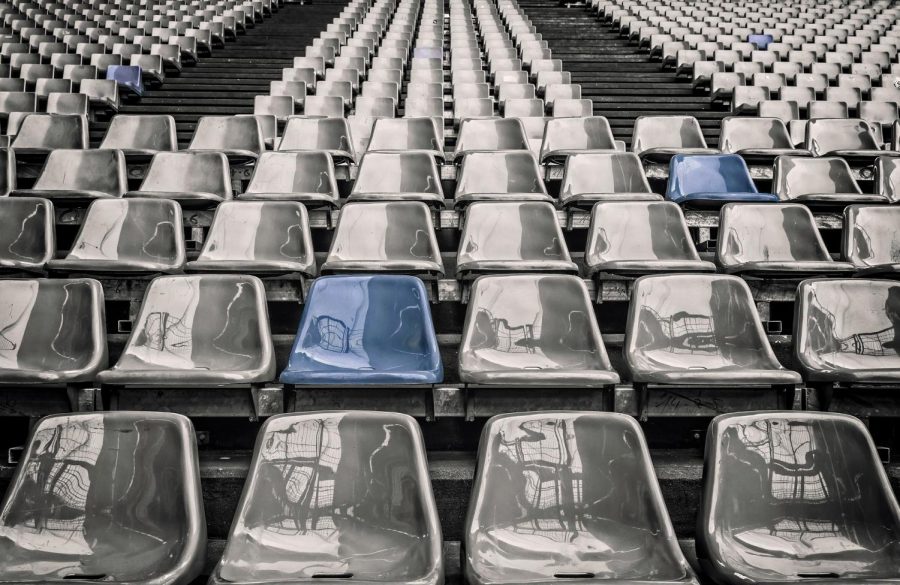 We exist in a world of unfortunate circumstances. This is a simple fact of life, and a bitter pill to swallow for all of us. The truth behind this statement has never been more apparent: political issues, global pandemics, and environmental disasters fill the media and rain on everyone’s parade in some way, shape or form.

It’s undeniable that one of the biggest parts of being in high school, whether you enjoy them, participate in them, are affected by them, or not, is the athletics program. Sports events remain a popular attraction for people all over town and can unite communities behind their preferred team. However, with the current pandemic, the state of sports games was bound to look vastly different than usual.

The questions “Will sports games be permitted/safe?” and “How will the spectator situation work?” have been on the minds of many people as the school year drew nearer. Concerned parents and families were heartbroken at the thought of not being able to watch their athletes play and fought tirelessly to be able to attend games.

It was a matter of safety and determining whether it was truly worth the risk to congregate just to watch games. After many debates about necessary sacrifices, it was officially decided that limited spectators would be permitted at football and soccer games. This cheered some Helena High fans and concerned others.

As confirmed by Tim McMahon, athletic director for Helena Public Schools, the Lewis and Clark County Health Department officially approved fan attendance at sports games just in time for the JV Cross Country meet. The catch: each player would only receive two nontransferable spectator passes for immediate family members. Parents will find this news relieving, but extended family, friends, and other community members wanting to show support for Bengal athletes are out of luck.

As of right now, pep band won’t be in attendance to rouse the crowd. This will be a major blow to school spirits. However, cheerleaders and Bengalettes will be there to hype up teams and audiences.

Sports games and meets are some of the life blood for newspaper reports and yearbook spreads, so luckily a maximum of two yearbook staff members will be permitted to attend, but no word on newspaper reporters yet.

As circumstances are constantly evolving during this crazy time, it’s anyone’s guess how these decisions may change down the road. Already, McMahon said they are considering making the spectator passes transferable, according to an Independent Record article. All students can do now is hope that confirmed case numbers decrease so that we can regain one of our beloved school traditions, but for now, encouraging our athletes from afar is about all we can do.