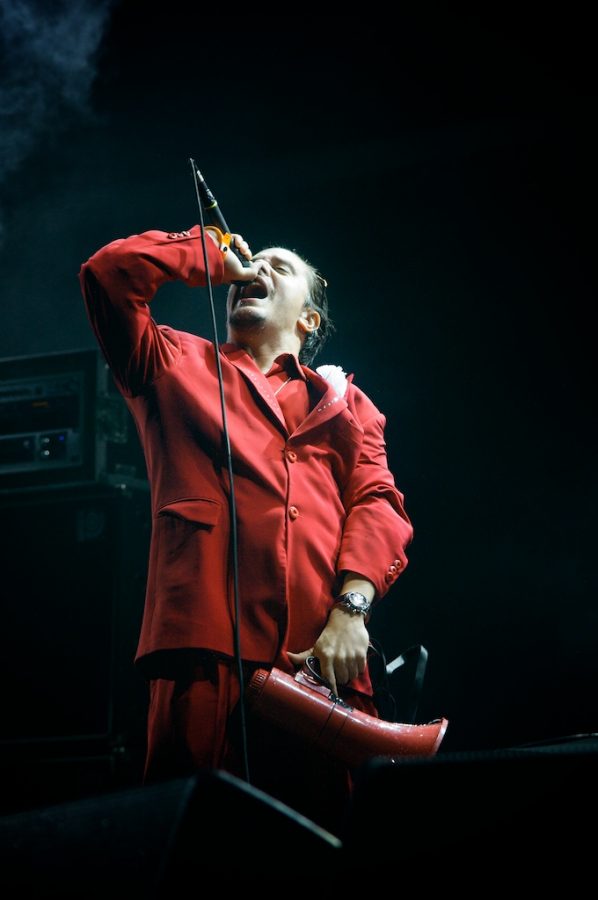 Faith No More, Mr. Bungle, Fantomas, Tomahawk, Peeping Tom, Dead Cross, The Dillinger Escape Plan, and John Zorn are just a few of the seemingly endless list of groups/acts that legendary vocalist Michael Allan Patton has performed with. Flexing a mind-blowing six octave vocal range and the innate ability to perfectly adapt his singing style to any genre, Patton is one of, if not the greatest vocalist to ever present himself to the music scene.

A six octave vocal range is practically unheard of and practically inhuman. This extensive range of possibility allows him to belt organ-rattling bass notes as well as mind-melting, screaming high notes. Many consider Patton to be a “human piano” because of this ability. He is very famous for his ability to not only sing all six of these octaves, but also jump between them seamlessly.

Just as famous as his ability to sing more notes than practically any living person, is his ability to adapt his voice to whatever it’s needed for. He has put his abilities to the test singing experimental, jazz, metal, funk rock, hard rock, acapella, rapping, beat boxing, throat singing, and opera singing just to name some. He is able to perform many different dangerous metal screaming techniques, as well as singing some of the most beautiful and melodic lines you’ll ever hear. Because of this mastered talent, Mike Patton is considered to be a “vocal chameleon” because he can completely change his voice and singing style to fit whatever it’s needed for.

Patton got his start in the experimental/avant garde group Mr. Bungle in high school. The group recorded only a few albums before he went off to spread his gift elsewhere. Since then, his work with groups like Faith No More, Tomahawk, and Fantomas solidified his legacy as one of the most talented singers to ever live. Patton even recorded and performs an entire album accompanied by an orchestral ensemble that just covers famous Italian pop songs from the 50s and 60s titled Mondo Cane, in Italian, simply because he can.

In addition to his insane singing abilities, Mike Patton is also known for his wild stage antics and chaotic personality. Patton has famously thrown up on stage, climbed a camera crane while singing, launched himself into band equipment, crowd surfed, harassed security guards, cussed out audience members, and more. He also has tried his hand at acting and voice acting as well. The 2007 film I Am Legend starring Will Smith features Mike Patton as the voice of all the creatures throughout the movie.

Mike Patton is a legend, there’s no denying it. There’s no way of telling what he’s capable of or what he’ll do next, but no matter what it is it’s sure to impress. If you’ve never heard of Patton before, I recommend you go check out his work to gain an appreciation of his absolute vocal mastery.