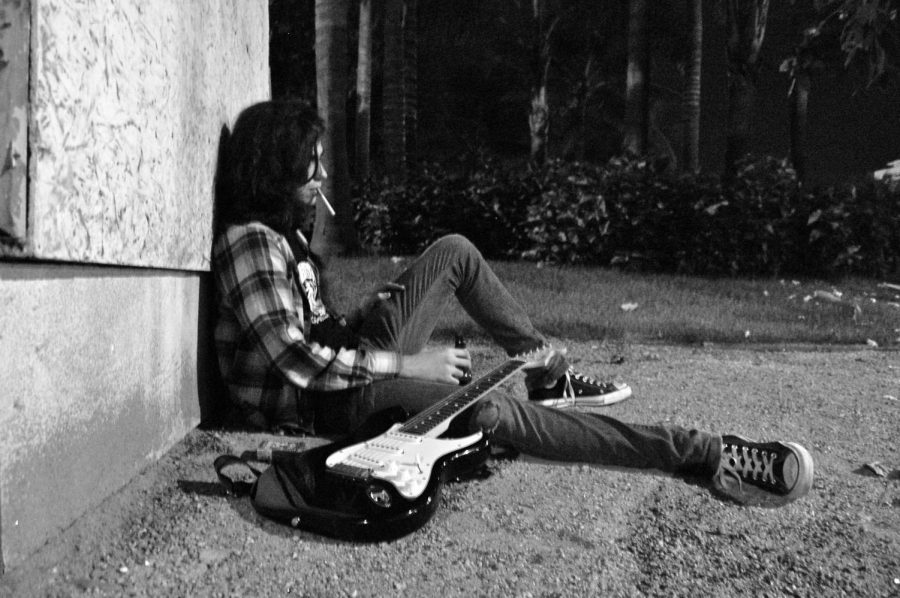 In a world where Rolling Stone magazine put Alex Lifeson from Canadian power trio Rush as number 98 on the “100 Greatest Guitarists” list, somebody needs to put them in their place and provide a more accurate, agreeable list of the greatest guitar players of all time. Rolling Stone is known for screwing up lists and rankings similar to this one, but none in recent memory instill quite as much disgust and disdain in my very soul as this one.

Not only were phenomenal, revolutionary players denied accurate placement based on their ability, but other players were completely left off the list, to the outrage of many commenters. Chicago’s Terry Kath, one of the most technically gifted and proficient musicians to come out of the 60s was left off the list entirely.

I’ve taken it upon myself to compile my own list of the top 17 guitar players in my book based on influence, technique, and talent. Here’s my list:

Rolling Stone’s number one pick Jimi Hendrix himself confirmed that he considered Terry Kath a much better guitarist than he is, yet he was left off the list of greatest guitar players of all time. Terry Kath has performed some of the quickest tremolo picking on guitar that I have ever seen in my life. His famous guitar riffs rocked the 70s and are still celebrated to this day. His solos were some of the most intricate and impressive of all time, but after a tragic accident left him dead at the peak of Chicago’s career, his legacy was cut short and sadly many people don’t know his name. Kath is famously known as the “forgotten guitar god.” Jimi Hendrix also tragically died at the pinnacle of his career, yet Kath is the one who is left out of conversation.

The classic saying “Clapton is God” that emerged at the height of Eric Clapton’s career was not for nothing. Eric Clapton has proven himself to be one of the most technically proficient and skilled guitar players to ever walk the planet. Blues guitar had never sounded quite as perfect as Clapton’s take at it, and he proved this by playing in numerous successful bands. One thing Rolling Stone got correct was putting this virtuoso at the number two spot on their list.

Jimmy Page’s gritty, classic rock guitar style was a staple of the music scene from the 60s through the 80s and was the driving force behind one of the most successful rock bands of all time: Led Zeppelin. Insanely fast, yet perfectly sloppy guitar solos and melodic lines that touch a listener’s soul was what Page was all about. Jimmy Page is in the number three spot on Rolling Stone’s list, which is surprisingly appropriate.

Joe Walsh from the Eagles was placed far too low on Rolling Stone’s list for all he’s accomplished. He and the Eagles hold the record for third best-selling album of all time for the first record he recorded with them, Hotel California. His work with James Gang shot his career through the roof and made him a household name. His revolutionary use of the talkbox and the slide guitar are still appreciated today. Rolling Stone placed him at 54, below The Edge of U2 of all people.

While KISS is a band that people have mixed opinions about because of their controversial stage appearance, one thing that cannot be denied about this band is that original guitarist Ace Frehley was the real deal. Before his departure from the band, he rocked stadiums all over the globe with iconic riffs and mind warping solos. His wild stage antics, effects, and appearance made him all the more recognizable. Frehley is definitely one of the most under-appreciated guitarists of all time. “Space Ace” is yet another fantastic guitar player that Rolling Stone left off the list.

John Frusciante is widely regarded as the best guitar player from Red Hot Chili Peppers (they’ve been through a few), and for a very good reason. His jams with bassist Flea were legendary and his drugged out/wild man stage persona fit perfectly with the band. His playing was efficient and memorable and it goes without saying that without him, the Chili Peppers would not be where they are today. Frusciante is placed at number 72, only one spot above Kurt Cobain of Nirvana, who was a famously bad guitarist.

It’s fairly easy to play guitar, but nearly impossible to master it, and these players have done almost exactly that. Guitarists as great as these deserve proper recognition, which is something that the Rolling Stone miserably failed at.