Mind On The Moon 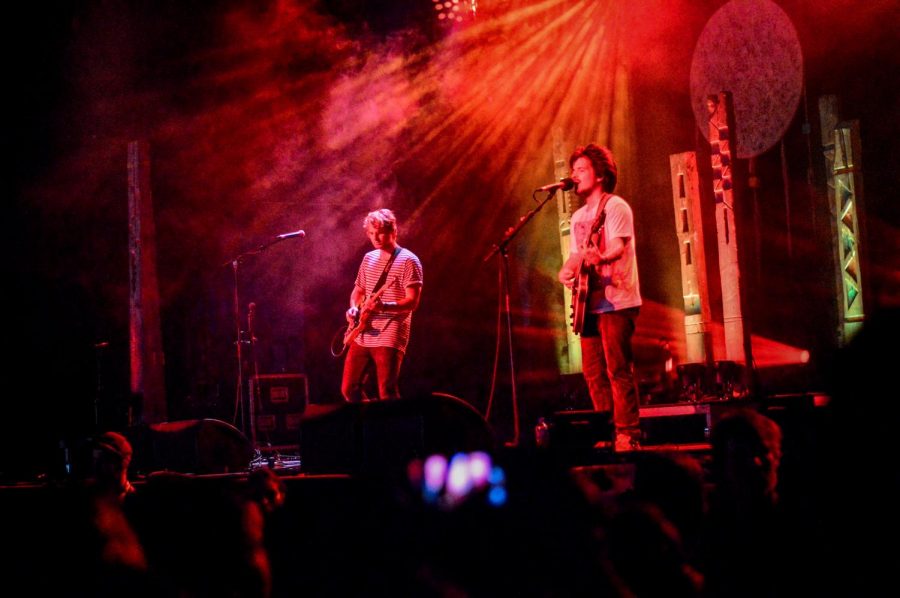 On their third studio album, Milky Chance creates a simple but perfect vibe. This 12- track project Mind On The Moon has an easy to follow groove on every song and it sticks to the Milky Chance formula. Clemens Rehbein’s iconic voice and Antonio Greger’s guitar licks work hand in hand to create a very unique sound that’s easy to get behind.

“Fado”, the first track on the album, gets you hooked on the Milky Chance vibe. Four on the floor and a very danceable bassline create a perfect combination for the band’s intro. It has a simple, mellow groove that can put someone in a dance trance and it’s practically inevitable. The duo have perfect harmony in the pre-chorus that transitions perfectly into the chorus. “What if the birds don’t know how to sing anymore, to sing anymore? What if it hurts you so it hurts you so? I heard this is Fado.” The simplistic one line chorus with numerous background vocals and instrumental layers gives the track the perfect touch.

The third track on the album, “The Game” is a slower paced reggae song that has a drum loop different from average reggae beats. Rehbein’s vocals are phenomenal throughout the whole track. His tone contrast between the verse and the chorus truly express his different emotions throughout the song. In addition, the lyrics are catchy, and the chorus is sure to tug on the heartstrings of those who listen. “Nothing ever seems to be easy. All I do is stand in the rain. I don’t really know how to get there. Just tell me ‘bout the rules of the game.”

“Long Run” is one of the best songs on the whole album. Clocking in at the fifth track, its placed perfectly to keep listeners entertained. The metallic bells and the spacey groove of the song blend to make a very laid back song. The bells don’t come in until the chorus but they are perfect touch. They also slowly, but barely resonate out of key once they are played. This might not sound like it’s a good thing but it adds a lot to the uniqueness of the song.

The utter simplicity of the Milky Chance formula truly makes this album great. Mind On The Moon is one of the best projects the duo has released. It has maintained the compromise between creating  something new and sticking to what the fans love. I give this album a solid 9/10 and recommend it to reggae and indie/alternative fans for a good listen.