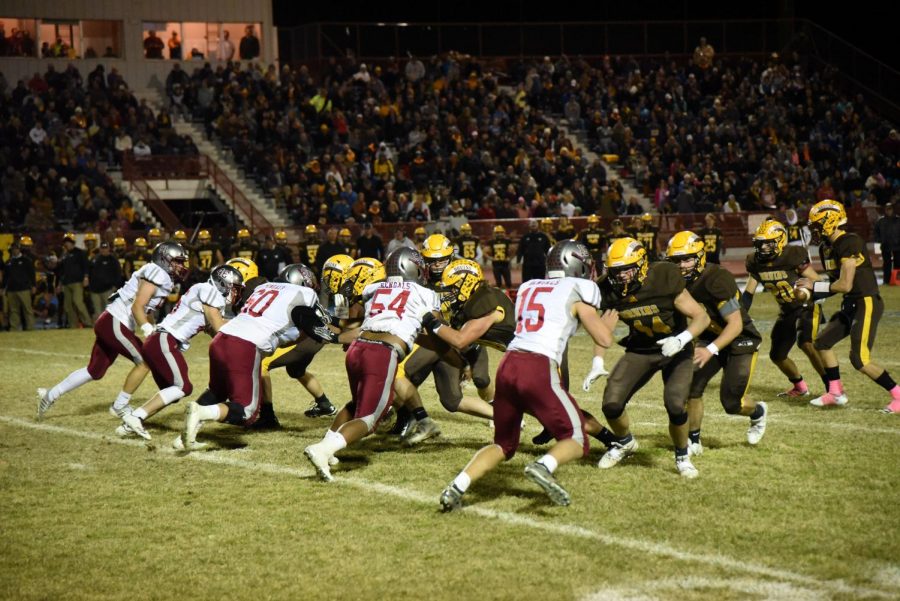 Last Friday the Bruins hosted the Bengals for Crosstown Football 2019. The game was hard fought but in the end Capital High was victorious. Early in the game, things looked good for the Bengals, a 64-yard touchdown run from Logan Brown put the first points on the board. Unfortunately the Bengals missed the PAT and were unable to score for the remainder of the game.

The Bruins struck back when Parker Johnson caught a slant and took it 48 yards for the touchdown. The Bruins made their PAT and that would be the difference as the final score was 7-6 Bruins.

Late in the game senior QB Hayden Ferguson was driving down the field, when a simple out route turned disastrous. With just minutes to go and sniffing the red zone, Ferguson targeted Brown. The ball, batted up at the line of scrimmage by the Bruins’ Monte Peterson, floated in the air for a couple seconds before falling into the hands of Peterson, effectively ending the game.

This loss puts the 5-4 Helena High Bengals in 4th place in the state, meaning they will host a playoff game this Friday. The Bengals lost the battle but the war isn’t over. Perhaps the Bengals will get another shot at the Bruins.