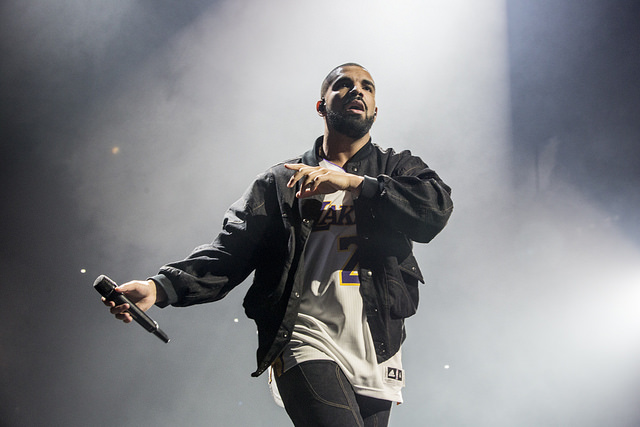 Drake’s 25 track masterpiece Scorpion fulfilled Drake fans’ hunger for new content after a long, two year wait. Toting the parental advisory sticker, listeners should be cautious of what they are about to hear. The double album has a total of 25 songs. Drake hit it out of the park with his lyrics and his producer, Noah James Shebib, better known as 40, brought some unique sounds to the table with his musical creativity.

Drake released 2 singles, later to become hits, to hype up the album release. He released “God’s Plan” and “I’m Upset.” “God’s Plan” at its prime, topped the hot 100 billboard for 11 weeks straight. Drake brought a lot of attention to himself with the singles and more people started anticipating the release of Scorpion.

The bars Drake spits over the mic on songs where his flow falls on the off beats of the song can blow someone away. It’s not very musically pleasing when he does this, but the words can touch deep. His poetic verses and tone in the songs make listeners really appreciate the amount of work put into his lyrics. The album’s message revolves around his hardships with his son and the public, along with the difficulty of finding a true lover.

When Drake’s flow is on beat, his songs tend to blow up, which makes sense considering most rap fans are looking for a good lyric and a bumpin’ beat. The second song on the first section of the album, “Nonstop”, produced by Tay Keith, has a bangin’ beat with a flow that will get your head bobbing back and forth. “I’m Upset” is similar, but has an angrier vibe, hence the name. It specifically talks about Drake’s hatred towards the women that only want to hook up with him for his wealth rather than his personality. Drake despises the trickery within the “gold diggers” souls.

The ninth song in the second section of the album, “In My Feelings”, sparked a fire on social media. People across the world were recording themselves doing the “Kiki, do you love me?” dance challenge. The challenge consists of playing the song in a car, and while the car is in gear, hop out and do the dance while walking alongside the car. As foolish as it is, it blew up across social media. Thankfully, people decided to stop hopping out of their cars and just do the dance on solid ground.

The award for saddest, yet most passionate song on the album, goes to “Summer Games.” With its unique sounds and calming melody, “Summer Games” has the power to change your mood in seconds. Drake sings about the heartbreaking end of his relationship during the summer. His soothing voice and the layered percussion will almost make you cry. It’s a song that forces you to zone out, relax and listen. It was placed perfectly in the album in terms of where it was chronologically. It changed the mood from head-banging flow with explicit content to a slow and thoughtful setting that will hit you right in the feels.

Overall, Drake fan or not, hip-hop and rap fans will love at least a couple songs from this 25 track love song. The album has it all; it’s exciting, sad, and real. It will touch the heart of listeners in some shape or form. Drake nailed it with the release of Scorpion and will continue to keep fans on their toes with future releases.