The Review of Hannah Grace 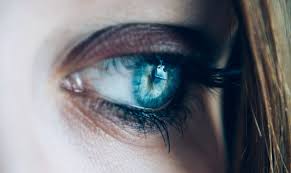 We’ve all seen the stereotypical zombie or demon horror movie. A re-animated corpse comes back to life and tries to eat people, brains in particular. A demon possesses a person and takes over their ability to control their own actions. The Possession of Hannah Grace came out on November 30th and is an exciting new demonic twist on that original zombie concept. After the gruesome and eerie opening scene that reveals the origin of the demon inside of Hannah Grace, the story falls into place around recovering addict Megan Reed, played by Shay Mitchell. Due to the suggestion of a friend and her recent loss of employment as a police officer, Reed is hired for the night shift in a hospital morgue, hoping this will keep her out of the drug and alcohol related trouble she tends to find during late nights. Though this setting seemed slightly forced, it did add an eerie tone to the movie that wouldn’t have been there otherwise.

Everything begins to spiral out of control when Reed receives Hannah Grace’s corpse, which doesn’t seem to be all that dead. Instead, the corpse seems to be moving around in ways that no one can explain. This isn’t helped by Reed continually thinking that she’s simply struggling with her addiction and seeing things that aren’t real.

Things really start going down when the demon in the corpse begins to heal itself, which she does by causing the same wounds to others that she received herself, such as breaking someone’s arm to heal her own fractured one. There is one slight flaw here; after a while, the bit seems to get a little bit repetitive, and has one fatal flaw: the demon doesn’t go for Reed. There doesn’t seem to be an explanation why; it was plausible that the demon wanted to move into Reed. But then, moments after I thought this, another victim who also had a mental illness was killed. The fact that the demon doesn’t kill or try to possess Reed really doesn’t make any sense, and also keeps the audience from what could be a much more emotionally staggering struggle.

However, this small detail was only one included in why a lot of people seemed to really dislike the movie. It currently only has an 11% on rotten tomatoes; many people believed that it seemed cheap and that a lot of loose ends were left undone. I can personally agree with the latter; there was a slight lack of character development, and it was very unclear what happened to those that were killed off in the movie and how that affected the other characters. Despite this, most of the actors, however, did seem to really embrace their characters, especially adorable nerd security staff Dave. It seemed like the casting was pretty solid despite not having any “big name” actors involved. Mitchell seemed to do particularly well in embodying her character’s flaws and strengths, believably playing the terrified, recovering addict while also remaining a brave ex-police officer.

So far, the movie hasn’t done that well in the box office, making only about seven million of a nine million budget as of December 5th. Even though the movie might not be doing that well overall, the Helena students that I went with seemed to mostly like it. Aryn Terrio, a senior at Helena High said, “My favorite part was when it was over. It was terrifying and fantastic at the same time.” The movie definitely does have a shock factor, with plenty of suspense towards the end. Sara Betz, a junior, said that her favorite jump scare was “when the ball was rolled under the stall and grabbed by Hannah.”

Overall, The Possession of Hannah Grace has its flaws, but is a pretty suspenseful film overall, and has some jump scares that will have you spilling some popcorn onto your lap. The overarching plot is a refreshing twist on the whole “demonic possession” kick that most horror movies seem to be on these days, with a modern and realistic feel that will leave viewers checking the corners of their rooms when they get home. So if you’re looking for a good adrenaline rush without too much focus on a plot, I highly suggest you head on down to Cinemark and get yourself a ticket. Don’t forget to stop at the gas station first for some M&M’s to put in your popcorn!