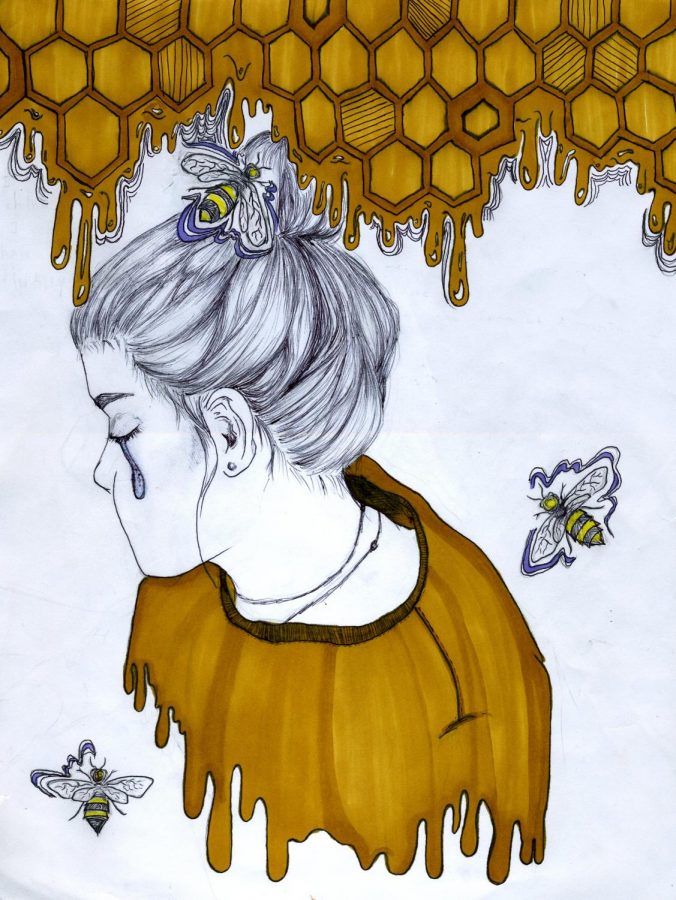 He mounts the sled, fresh with new dogs,

looks to the other men, and yells

for the dogs to go. He travels

over the glacier, feeling it’s pure

enormity, how these men, they are

not in control here. But, it’s hard for

him to embrace the beauty, when

his body aches, he can feel his legs

swelling, and everytime he runs

his tongue over his teeth, he tastes

he has a mission, and can already

I find that all life events can be seen as

Our hearts beat a rhythm

And if we try hard enough, we can come up with our own rhymes.

However we can lose the motion of the poem

On the corner of a dark street

Only opening again to stare at a display of Ritz Crackers.

I can hear the soundtrack behind me

Sometimes it happens and it’s 5 a.m. on an airplane to Ohio in the dead of winter

I look out the window

The recycled air inside the cabin becomes my rhythm

Maybe they have decaf

It tastes fine that way

We have had this conversation before

It’s the same flame conference in a different

A book has an end but I am

made to go through this torture over and

Sometimes you sit on a red couch

or a green bed or at a

small cafe table with mosaic on

the top so that the decaf coffee

you sip never quite sits

flat. Our bond is bondage.

In this place that we live

a place meant to set people free from their

so that they can refresh and renew,

I am stuck like a fish on a hook. Or antlers on a wall.

My sacrifice is your trophy

and to live passionately.

The Deer With Blue Eyes

I’ve been following him for two long weeks

The deer that will feed me for five

He’s become the only thought I think

The only thing that guarantees I survive.

I was desperate when I shot him

Id been hunting him for days

I fired and heard it hit him

But his figure was simply a haze.

I couldn’t track him very well after that,

Going mostly by drops of blood.

The winter storms that came in spats

Always hid his tracks in the mud.

I ran out of food three days before this

My canteen dry and drained

But for him I must remain.

The only one I need

If given but one possession

For him I’d surely plead.

My other focus is the hunger

And as I trace him through the lumber

Relief is nowhere in my sight.

But finally, I stumble

Over his form under the snow

And to my knees I crumble

And cry thanks to the Lord unknown.

But as I brush the snow off of his back

To accept my long sought prize

Because his are not deer’s eyes.

The man that lay before me

A man that I’d mistook,

But that now no longer look.

The most dazzling blue ever assembled,

Framed by lines of red,

Gazed up at the sky they resembled,

Cold and hard and dead.

It was then I realized

Kneeling there hungry and mad

Either choice I had to make

Would lead to something unearthly bad.

Alongside him I could die there

And my stomach at last fill

I live on to tell this tale

What this means should seem implied

Through my choice I had prevailed

Thanks to the deer with blue eyes. 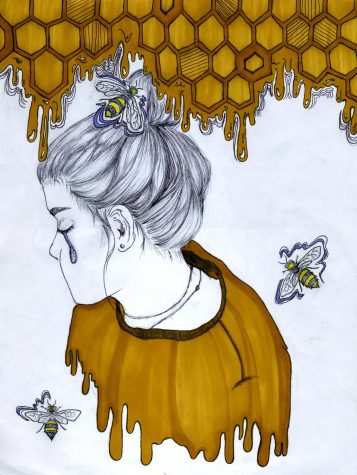